Report on the Annual General Meeting of EDRLab

The EDRLab AGM was held on June 13, 2017. Pierre Danet, President of the association, passed away a few days before the meeting; Arnaud Robert, legal counsel of the Hachette Group and substitute to Pierre at the board of EDRLab, pronounced a vibrant tribute to the man who was so active in many worldwide initiatives for an open and interoperable publishing industry, and instrumental in the creation of the Lab.

EDRLab now counts 37 European members, with a large majority of French companies: this balance must evolve and the Lab must become more international. Therefore, two important decisions were taken during the AGM:

New directors of the board

This meeting was the proper time to approve the nomination of Cristina Mussinelli (LIA, an Italian foundation focusing on accessibility) and Alexandre Lemaire (Réseau Carel, a network of European public libraries) as new Directors of the board, board now composed of:

A new President of the association will be elected during the next board meeting, in July.

In the past 18 months, EDRLab has launched a series of projects aiming at developing an open, interoperable and accessible publishing ecosystem:

These projects are all active in 2017 and, for some of them, will be finalized by the end of the year, with a core team of 5, composed of:

EDRLab is now liaising with many other non-profit organizations, as shown in the illustration below. This network of expertise will be useful for achieving our goals. 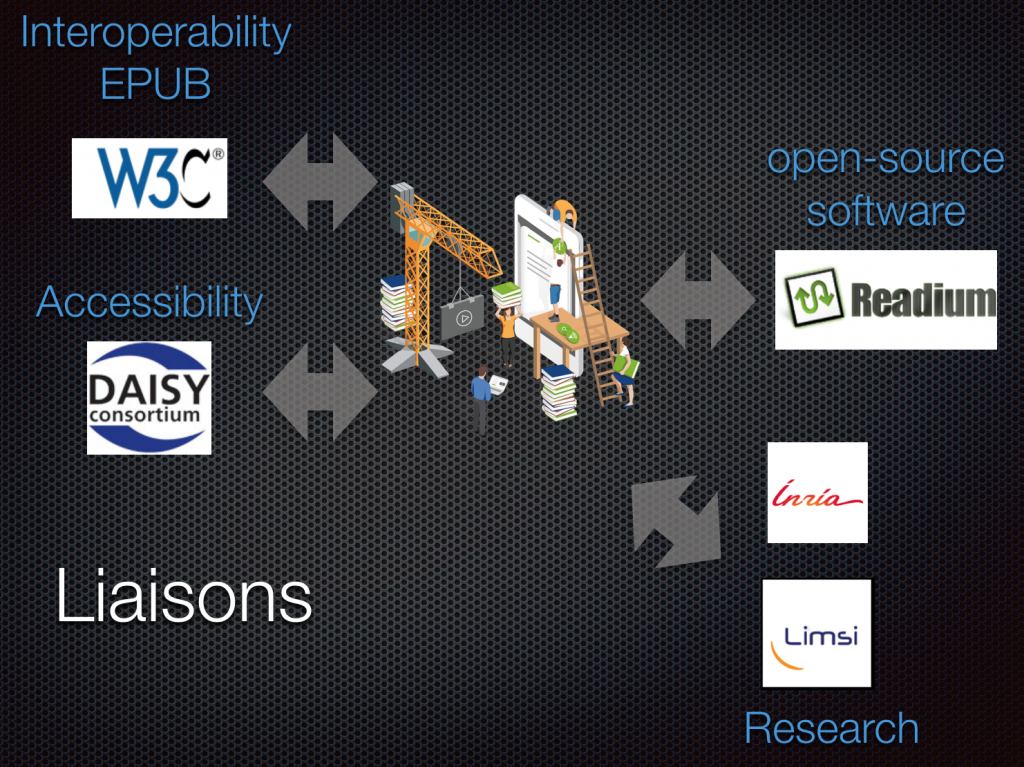 A new and important project is starting in 2017: after the combination of the IDPF with the W3C, the new W3C Publishing Working Group has launched its work on future standards for the publishing industry: Web Publications and EPUB 4. EDRLab, member of the W3C since June 2016, is an active participant to this new initiative.

More on this on this page.

If you feel that your organization should participate to these efforts, please join the association asap.